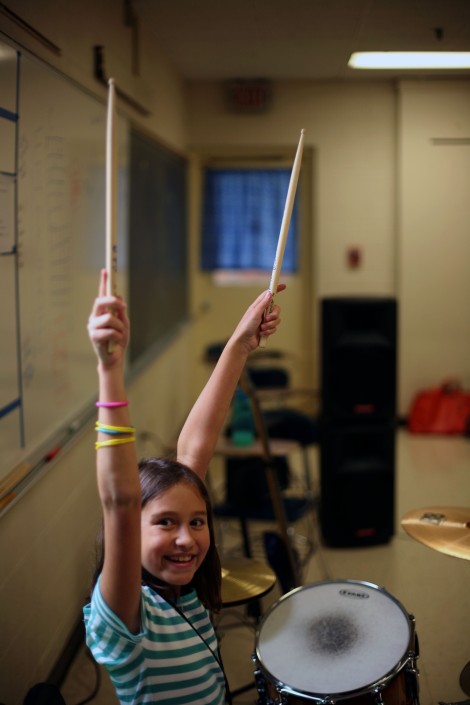 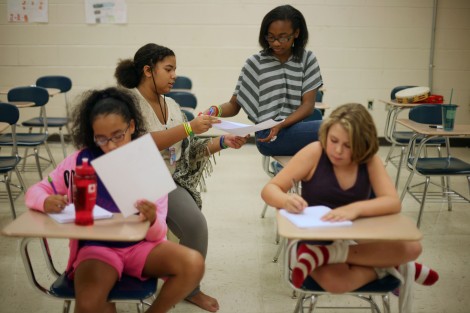 The Trebles$ hash out the lyrics for their song for the showcase. 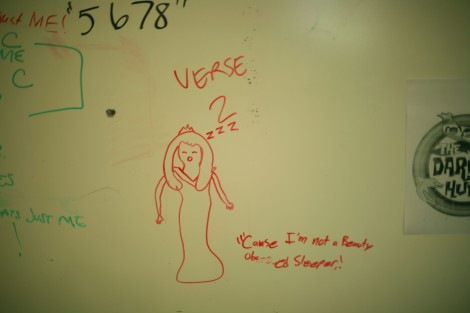 An illustration based on a line from the song written by Willow of the Daring Hues. “Cause I’m not a beauty obsessed sleeper!” 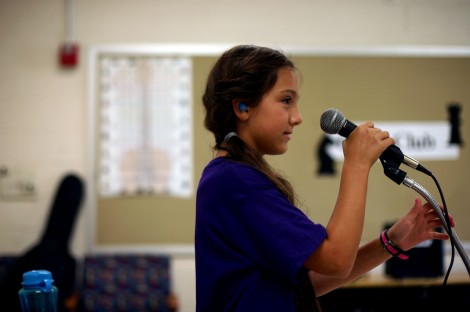 Willow of the Daring Hues. She wrote her band’s song based on the different Disney Princess. She got the idea from Pintrest. 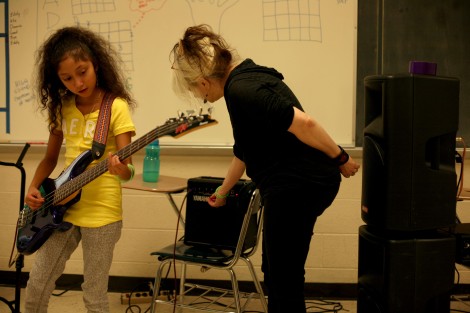 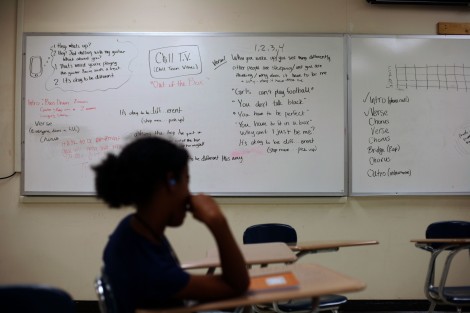 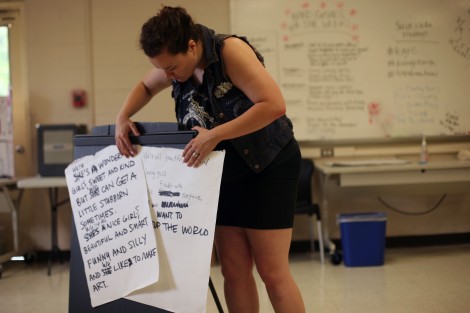 Emily sets up the lyrics for the Golden Fires. 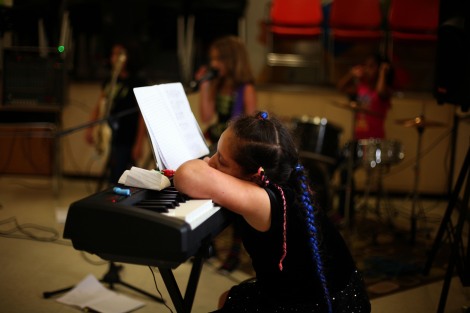 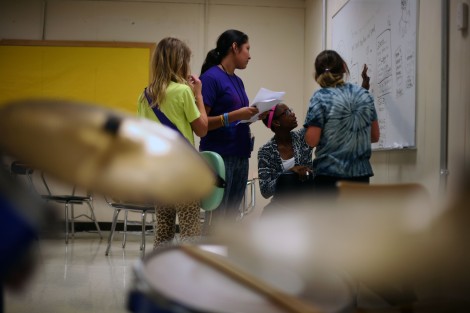 The Pizza Slayers work together to finish the lyrics to their song. 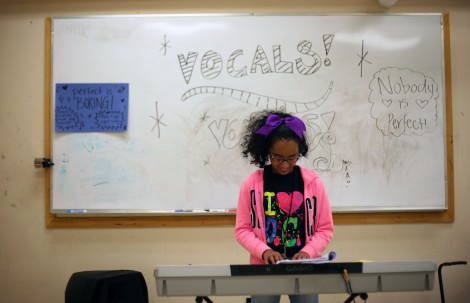 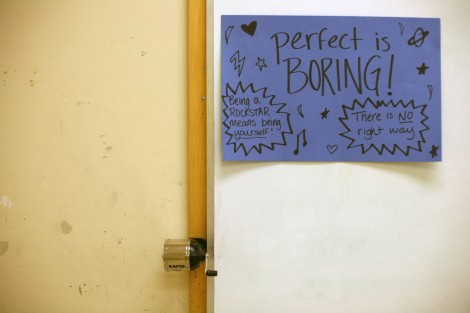 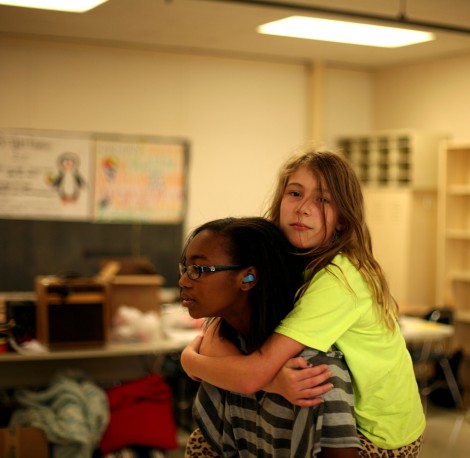 Rory and her Kola Mama. 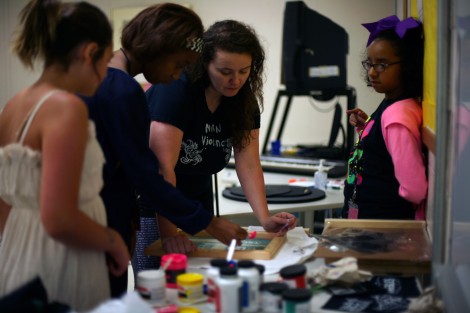 The girls screen print merchandise for their showcase. 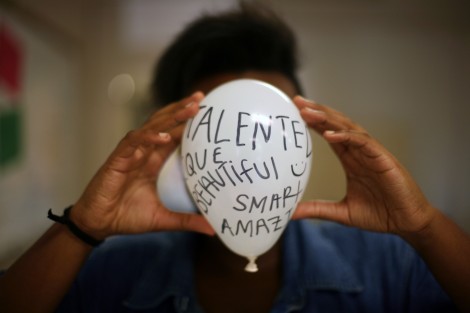 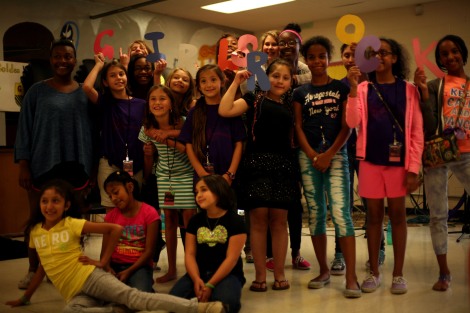